I’ve been so excited to come back to San Francisco. It’s such a cool place. If you’re not been, put it on your list. It’s a place that everyone should experience at some point. Although the revolutionary mentality of the 60’s counter culture gave way to the roaring force of Capitalism, there remains a residue of liberalness and ease. The mindset of the people here is just lovely.

Always up for a bargain, I booked no frills basic flights with Norwegian Air. No food or drink and carry on luggage. But, for £300 for a return from Gatwick to SF, it’s great deal and one that makes travelling here much more accessible. Plus, it included a charge to overset the carbon footprint which is a grand thing. The flight took 9 hours direct and my plan to tire myself out and drink a fair bit before the flight worked wonders. And bonus, I booked a window seat on the back row, which people don’t really like, so I had the row to myself and was actually able to stretch out and get some sleep, a first for me as I rarely sleep on transport and get too excited to sleep on flights.

SF is 8 hours behind the UK. I’ve often said I’d love a ‘Bernard’s watch’ in my life to pause and catch up here and there. The flight was a great opportunity for that as we left a 2.20pm UK time and landed at 4.50pm SF time. The warm temperature (18degC which is gorgeous compared to the chill at home) easing off into a pink and purple dusk sky, set against the mountain ridges was beautiful and I immediately found my love for it again. The Bay really is a beautiful place.

I took the BART system to Montgomery and took a nice stroll to the hostel. Travelling light is great. No dragging around of wheeled cases. Everything I need is in a large backpack (overhead sized), and it makes getting around much easier. I’ve got enough in there for 5 days and I’ll hit a launderette half way through the trip. The hostel I’m in, the Green Tortoise, is based in North Beach near City Lights Bookstore, which is somewhere I’ll visit every time I’m here. The strip is very colourful with a lot of nightlife, bars and lap dancing clubs and it’s a great place to go out. The Green Tortoise is somewhat of an institution, a family run hostel that’s been going since the 70s. Unlike the hostels I visited here last year, there is a wonderfully social aspect and within minutes of getting here I was greeted with a free meal and sat with a group of ladies who were all travelling alone, as a meet and greet. There was such an interesting array of characters! And, before long we all signed up to partake in an event called the Beer Olympics.

Having played beer pong once in my life, and thoroughly enjoying it, I was keen to get involved. It was a really well organised event. Reigning in 30 wildly drunk youths took some work, but everyone played really well! I captained my team, ‘Mint’ and played four games, beer pong, beer bingo, beer paper scissors and flip cup. My, do I love flip cup! It’s been a long time since I played drinking games and it was a thoroughly enjoyable experience. Flip cup is definitely coming home with me. Flip, flip flipadelphia! 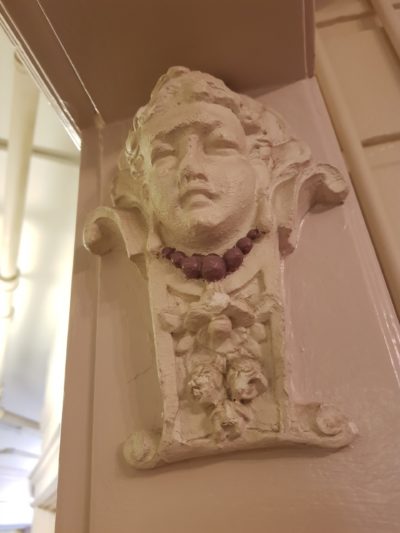 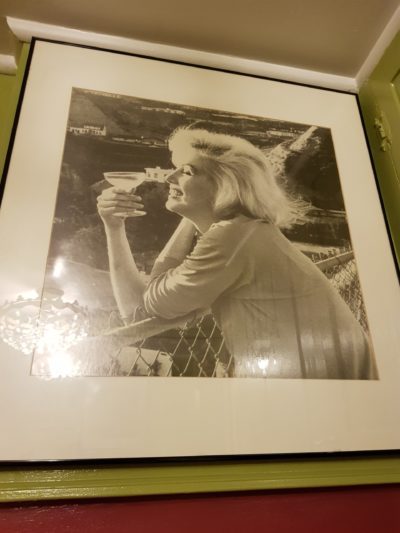 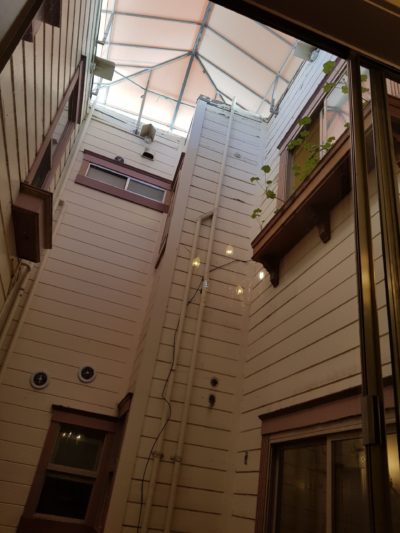 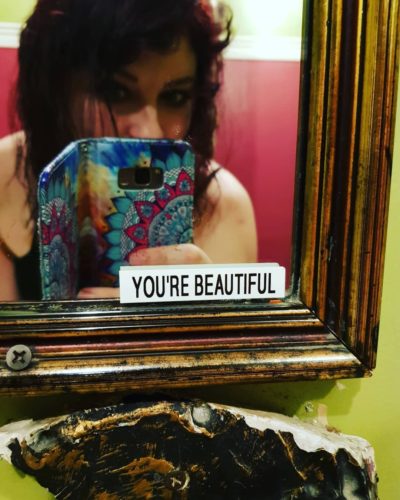 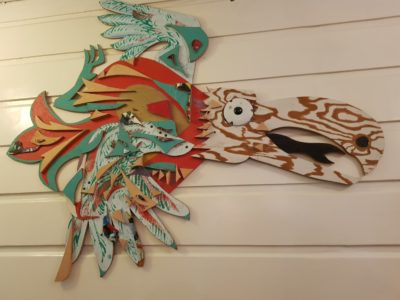 The hostel is pretty cool, there’s a huge ballroom with seating, ping pong, and a stage with instruments so people can jam. You can drink your own alcohol here so we brought back a few drinks and sat up having big chats about the meaning of life until the early hours. There’s always so much you can learn from talking to people, it’s such a mind opening thing. On the other hand, I also locked myself out of my hostel room in my pants, and woke the poor girl in there with panicked knocking at the door, ”let me in! Let me in! Please help me!.

Due to the evenings frivolities, I overslept and missed breakfast. But, I got a recommendation and hit up a great little place called Brioche where I had Eggs Benedict and marveled at the eggs, which were some of the best I’ve ever had. The yolk had the consistency of a cream, the hollandaise sauce was slightly orange and it tasted amazing. Honestly, the food here and the coffee is so damn good. Plus, the soda. American soda is crazy calorific (280 calories in a bottle of grape fanta), but it’s so good! Whilst I write this, I’m indulging in my guilty pleasure – Mountain Dew.  I used to love the stuff when we had it in the UK years ago. They stopped selling it at some point, probably because it’s sweetness breached food standards (170 calories in a 355ml can). We do have Mountain Dew Citrus blast, which I think is marketed as some sort of energy drink, but it is just not the same! So, it’s always first on the list to seek out whenever I’m in the US. 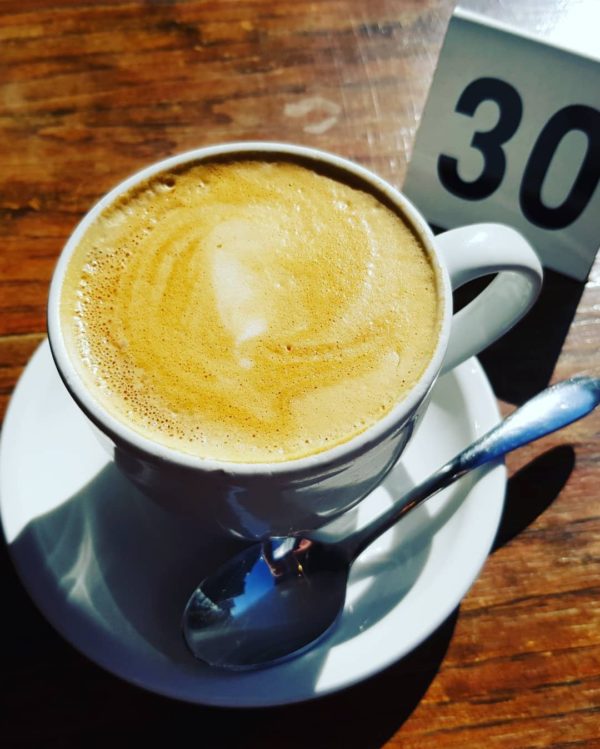 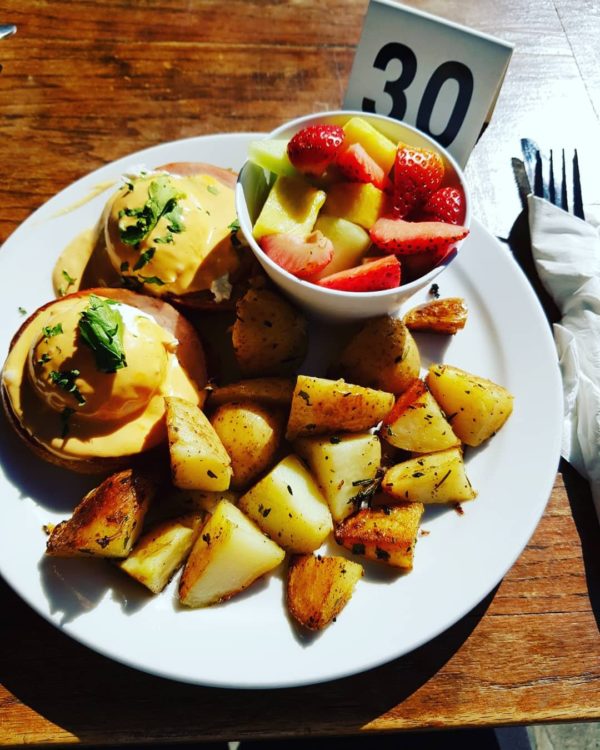 So, here we are! I’m all caught up and getting ready to head out for the Chinese New Year parade, which is the largest celebration of its kind outside of china. There’s an enormous golden dragon, firecrackers and all sorts of delicious food. I’m pretty sure I’ve already exceeded today’s calorie count but hey ho, I’m super excited to try some great food. It’s a gorgeous day here, and it’s time to put the laptop down and get out there to enjoy it.