Yesterday at 7.00am GMT, I set out on my journey. On the train, I scoffed a prepared breakfast of cheap sandwich and yogurt drink. Anticipating train delays, I left early and still made it to the airport for the obligatory pre-flight drink. I felt rather savvy until I realised I’d left my travel pillow in my checked luggage. 1 sandwich and 2 pints down, we boarded the plane and set off for Kerflavik. 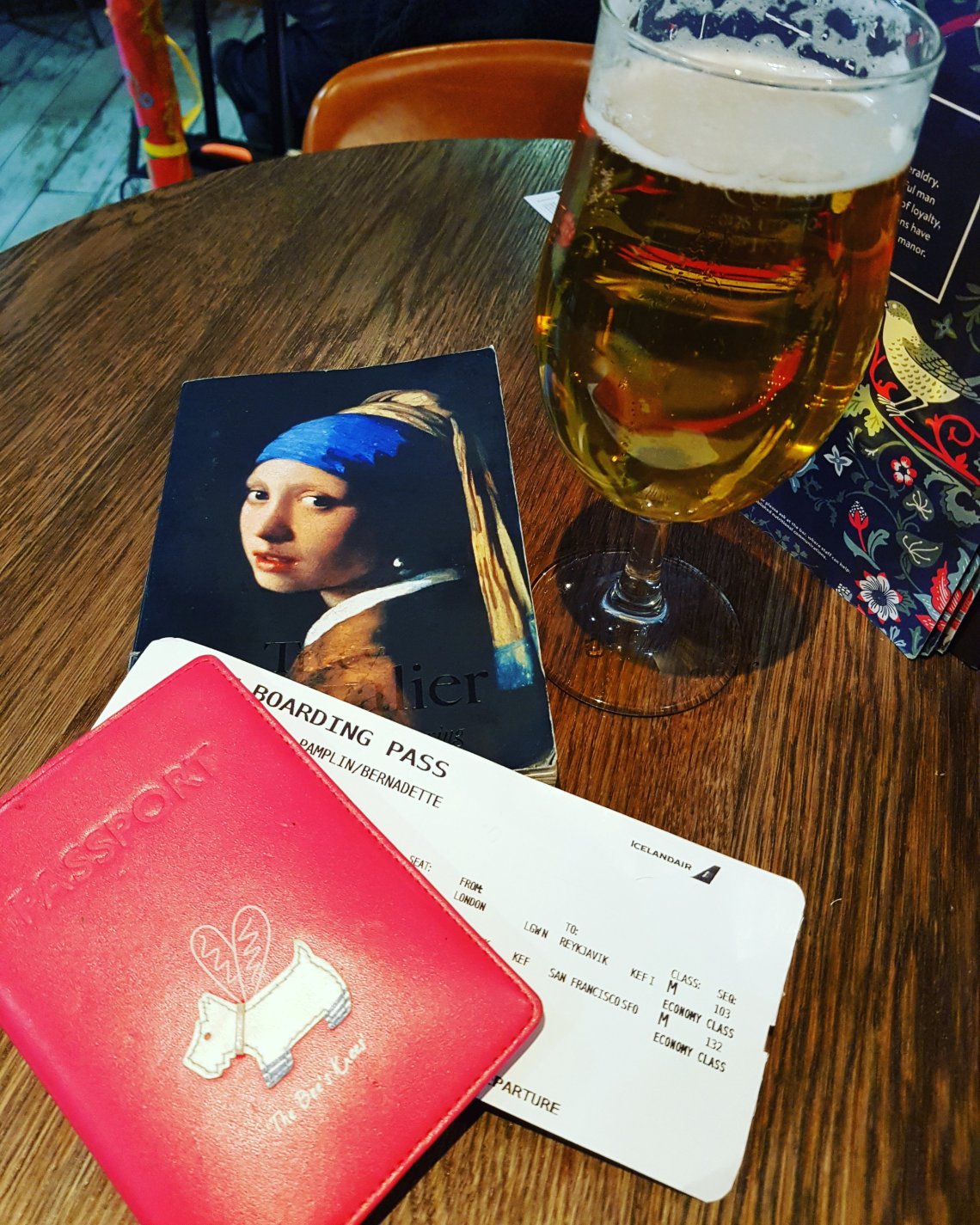 This is the second time that I’ve travelled to the states via Iceland. Initially it was due to the low cost, but after missing the connection last time and spending 24 hours there waiting for the next flight, I fell in love with the place and love the opportunity to catch a glimpse of it, even if it’s briefly, and from the air. Kerflavik airport has improved so much since my last visit a couple of years ago, growing in architectural design, size, and facilities. They’ve gone from a basic food shop to several food outlets, duty free and a mini supermarket. Also, their sandwich fillings are really interesting.

I should note that if you’re travelling through Iceland. Please, please don’t travel with Wow. They are remarkably terrible. 4 months after they cancelled my flights, I am still locked in a dispute with them to try and get some money back. Their service is basic. No entertainment, drinks or food included. Travel with Icelandair. They were the same price, complimentary drinks and free entertainment and Wi-Fi too. Not bad for a budget flight.

Travelling is strangely tiring. 3 sandwiches deep and we’re lifting off from Kerflavik, embarking on a 9 hour flight to San Francisco. I’ve got one of those seats in-between windows. I managed to get some great glimpses of the sky and the earth. The sun was setting as we lifted off and through the journey it didn’t quite dip beneath the horizon, but instead lifted back up into the sky like Atlas heaving the world up on his shoulders. The sun set again shortly after touch down. It was beautiful.

Equally, the scenery was wonderful, and humbling. The mysterious black shores of Iceland disappeared into the clouds as we flew over the North Atlantic. The sea gave way to the rugged, snowy peaks of Greenland. They transformed into Canada. As we flew further south, the white hills softened. Huge expanses of desolate white became a tapestry of icy, winding rivers. The earth was snaking with cracks, as the snow coated the gully and canyons, in similar formations to electrified wood.

An hour before landing and I’m getting excited. I’ve been looking forward to this visit for so long. In the approach the flight soars across the North of the city and curls around from west to east, which gave me the most beautiful view of the North in all its glory, including the Golden Gate bridge and Alcatraz. The landing was amazing! I didn’t realise how close to the sea the runway is and as the plan dropped down over the water, parallel to the beach, looking out the window it felt like we were going to touch down on the ocean itself.

After a fair and prompt check in through customs, and several questions about gin, naturally, I’m the BART system heading for Powell Street. A cab brings me to the colourful district of Tenderloin and I’ve checked into the hostel HI City Centre Hostel San Francisco. It’s a fab place. Very bohemian in appearance, lots of character and very laid back. Part of Hostels International, they are a non profit organisation and room fees help support the hostels and programs to keep them open for other travellers.

After dropping my stuff I sat quietly in the bar, sinking a couple of dark beers and contemplating the 19 hour journey, which really was a thing in itself. After a few hours sleep I’m up and about at 4AM and feel the compulsion to write this first entry in the travel diary. No gin yet, I’m afraid people. But that will change today.

I took a quick break from writing this, had a nap and got some breakfast. Cream cheese bagels, donuts, orange and plenty of good coffee for a great start. Now. Lets see what today has in store!