It was the last day so I knew I had to make it count.

I wanted to get into Mission. The chap sat next to me on the flight into the city lived in that area and said that it was a nice part of town. I did a bit of research and discovered that there’s a large Mexican community there so I decided to find somewhere good to go for Tacos and Tequila. I had hoped to get along to Mission Dolores Park, but as soon as I arrived at Tacolicious I figured I’d not be leaving there any time soon. There was wonderful array of Tequilas and Mezcals and I was just in time for Happy Hour.

The barman was a lovely chap, proudly from Mexico City and he was delighted in my interest in tequila. I asked for some recommendations and he suggested three types that were favourites of his. He set them up for me and whilst doing so gave me a great education in the drink. Tequila is made specifically from blue agave and it only grows in 4 or so regions. Blanco is unaged, reposado is aged for around one year and he gave me some of a newer style, anjeo, which is aged for longer than one year. I had one that was aged for around eighteen months. As he said, people are always looking for new things, new ideas, new flavours.

All three were served up with cumin sweet spiced salt and fresh lime wedges. A quick education in Tequila. We tend to rush things in the UK, racing to lick the salt, shoot the shot and suck on the lemon to wash over the tequila flavour. When it’s a good spirit, you don’t want go drown that out, right? The preferred method is much slower. No shooters here. The method works in the same order but just much more gentle. Light licks, small sips, cycle round as often as you fancy. The cumin salt has a wonderful sweet warm spice flavour. It really opens up all the spirit and careful now, it’s surprising how quickly you can work your way through the measures.

First up was Fortaleza Blanco which had a really lovely flavour and was very balanced. There was hardly any kick back for a 40%. Then, Cazadores Anejo which was a lovely golden colour, smooth and well rounded. And finally, Don Julio Tequila Reservado which was incredibly smooth and had a great flavour. They were all 40% and the taste was amazing for a mid shelf range.

Drinking Tequila takes some responsibility. For years to us Brits it’s been the ‘one drink too many’ had at the end of the night, sometimes on a dare. This perception could be a little tricky to break, most of us have bad memories of Tequila. However, I challenge you to have an night of tequila and tacos and I’m hoping that that you’ll look at this drink in a completely different way.

Nonetheless. I was needing food, and fast. I was recommended the pastrami taco and it was ludicrously tasty. All the saltiness of the rich meat holds up beautifully to tequila. A squeeze of lime sets it off with crisp red cabbage and creamy mustard manzano aioli. I only had the one, but could have definitely managed more and since I’ve returned, I’ve been researching recipes so I can try my hand a recreating this deliciousness at home.

Seeing as I was there, I decided to try some Mezcal and I asked what the differences were. Other than the agave plant used (tequila using the very specific blue agave and mezcal using any of the other forty odd kinds out there), it’s also about the process. The agave is smoked, which gives the mezcal a wonderful smokey flavour. Served with cricket salt and fresh orange, it was wonderful. After this I must admit, I was feeling a little heady, so I decided to move venue and went to True Laurel, as recommended by Leon at Gin Journies.

True Laurel is a discreet little set up, but had a lot of people there. I am not surprised. The cocktail menu was great. I went for an emerald gem named a Shoop Sour. Uchuva (physallis, one of my Dads favourite fruits), salt & pepper, lime and vermouth. It was smooth and fruity with a zingy pop and salty spice at the end. Ooderlally.

It was time for the big one. Whitechapel. Any gin fan that knows their juniper will know Whitechapel. It’s home to one of the largest gin collections in the world (for a bar), around 400. The speakeasy style and vaulted ceiling really add to the atmosphere and on the night, there were people in full dress doing pre-drinks before attending a ball. I felt like I’d gone back in time! There was a definite magic in the air. The staff were brilliant, assisting my polite, brit demeanour getting served amongst the more forward San Franciscans. 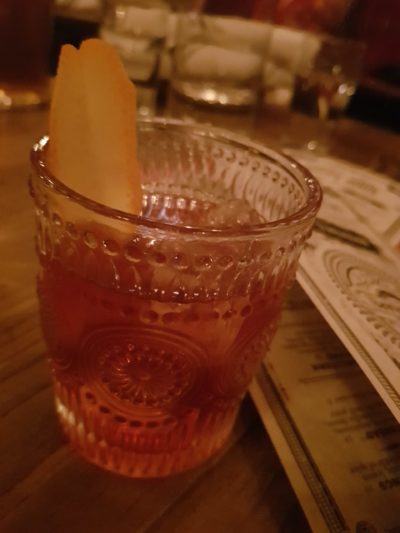 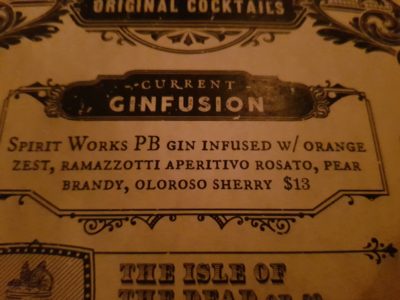 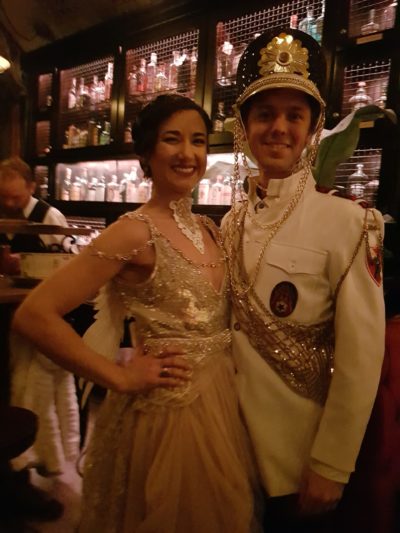 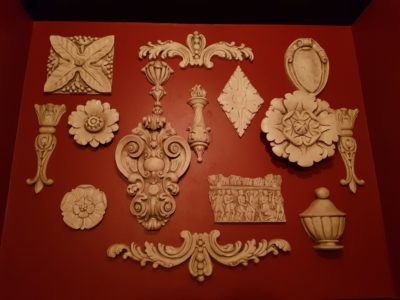 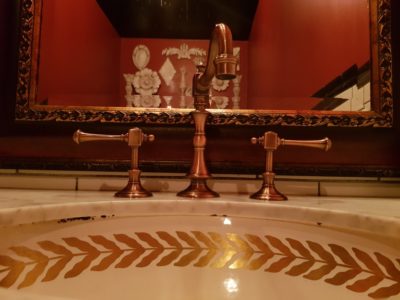 I had a couple of cocktails and a ginfusion that was out of this world. The gin is infised with orange peel, Ramazzotti Aperitivo Rosato, Pear Brandy and Oloroso Sherry which creates a wonderful sweet, dry, fruity drink. Eventually I found myself chewing the ear off a gentleman about gin, gin history, the cocktails we were drinking. I recommend Piucinque which is one of my favourites and quite a rare find, only available in the UK at the Atlas Bar Manchester right now as far as I know. We had some doubles, then I was quite certain I needed food and bed. It was a great last day and definitely ticked some boxes off. Theres an excellent bar scene there. Something for everyone. I went to sleep a very happy girl.