Sunday 2nd October marked the first of a new run of Gin Tasting Evenings to happen at the Wine Vaults, Portsmouth. Brainchild of Business woman Tracie Sharp, they are also to be joined by brandy and even whisky tasting evenings later on. Well worth keeping an eye on.

Tracie runs ‘Your Platinum Events’ and has already been putting on occasions such as Ascot and Goodwood trips. She’s a fantastically bubbly and honest character. Incredibly determined and hardworking, she has already won awards for her efforts, Business Woman of the Year 2015 and Social Enterprise Business Woman 2015. She doesn’t do things by halves.

Held upstairs in the wonderfully homely setting, the long table managed to accommodate 20 people. On arrival there were goody bags on the chairs waiting for us, each containing miniature Hendricks, Fever Tree Tonic and Juniper berries amongst other things. What with the Williams Chase Sloe and Prosecco cocktail on arrival, nibbles on the table and 6 gins on the menu it was already shaping up to be very good value for the £25 ticket. 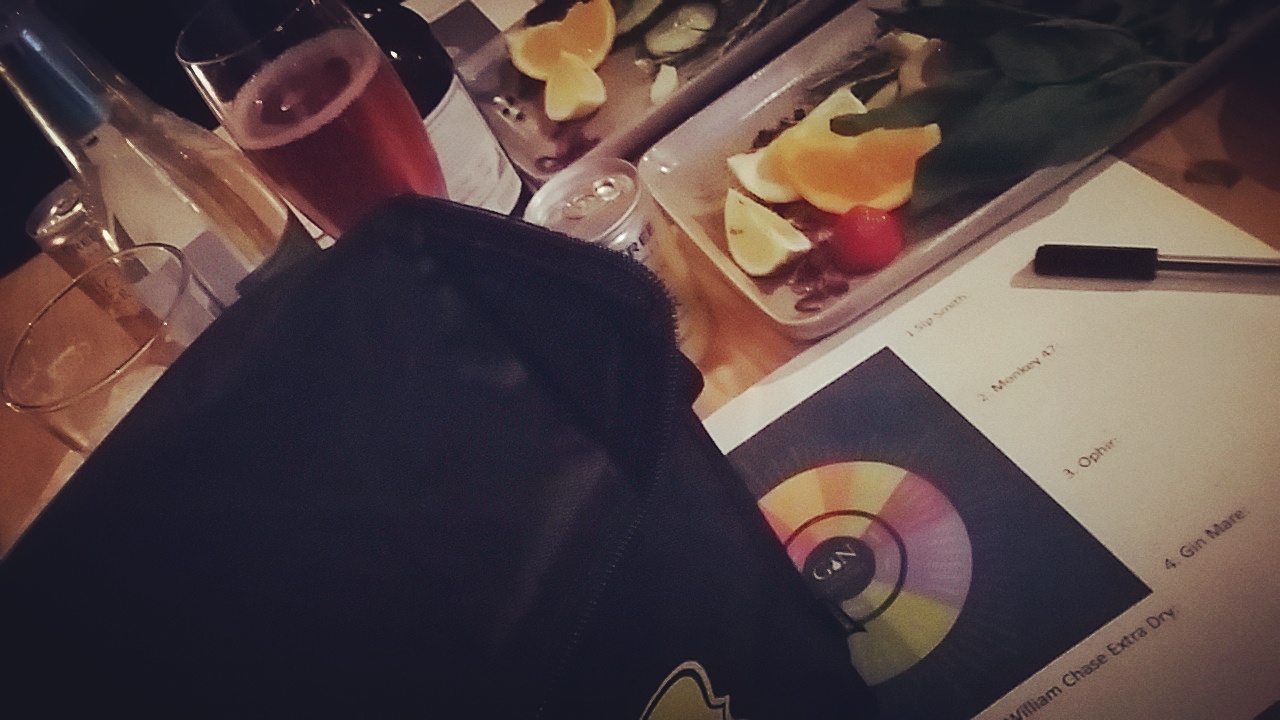 Once everybody was arrived and seated the festivities got under way. Helen Stevens, the General Manager of the Wine Vaults, led the evening with a talk about gin in general and then a guide through each one. We started with Sipsmith, with her telling us a little bit about Sipsmiths themselves, before our assistant put one down in front of each of us.

In front of us were trays with different botanical garnishes. Lot of options including the standard lemon and lime as well as more exotic ginger and rose petals. There were also different tonic options, standard, elderflower and rose lemonade.

The name of the game was to mix and match, initially trying the straight gin to talk amongst us and work out the base flavours. From that we then added ice and our choice of tonic and garnish. Sometimes it worked and sometimes it didn’t, but it was fun and all part of the learning process. In all fairness I’m pretty sure the only wastage was a nice lady next to me choosing to add wasabi peas to one of her creations. Helen was careful to confirm the base notes with us before we added the extras so we had something to go on.

We worked through Sipsmith, Ophir, Gin Mare, Monkey 47, William Chase Extra Dry and Tanquery Ten, with intervals after each two. As the night went on, everybody naturally limbered up and became more talkative. The group were very social and I believe are all planning to return. There were some nice twists and I learnt quite a lot. For example, Monkey 47 going with tarragon. That is a new and lovely thing for me.

Finally, things got serious with the surprise quiz. 10 Questions on what we had learnt that evening and a bottle of Hendricks was at stake. Not having one in my collection (shame on me, I know) gave me sweaty palms. Competition was tight though and it seemed that I wasn’t the only one. Four of us scored almost perfect and had to approach the front for the tie breaker question. I’m sad to say that I fell at the final hurdle but we all warmly congratulated the very happy winner. 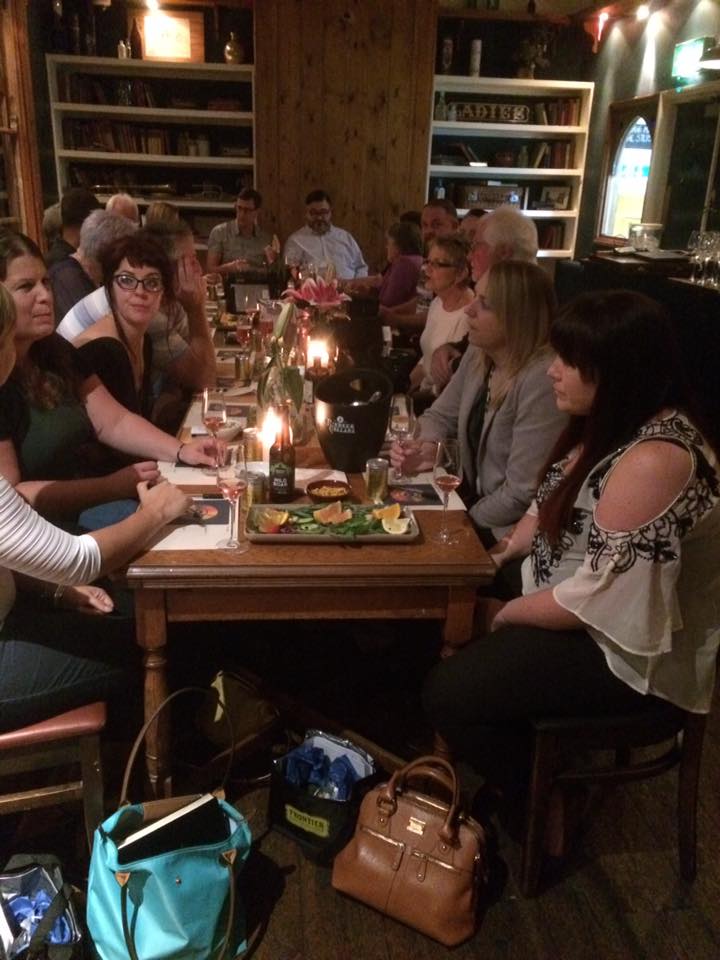 Tracie and Helen clearly put a lot of effort into the night. It was generous, informative and really good fun. I can highly recommend it and I’ll certainly be going again.

There is another night, a special ‘Gins of the World’ edition on 6th of November. Tracie and Helen explained that they wanted to try different gins as much as possible so people could come another time and experience a new thing. This attention to detail is one of the most exciting things about these nights as I can see them growing better and better each time.